With HMRC increasing Tax Investigations, are you covered?

The current state of the UK economy has put significant pressure on HMRC to recover additional tax revenue in order to help them meet the growing deficit in the economy. Obviously, one way to achieve this goal is by carrying out additional enquiries into Tax Returns. Enquiries can be more complex than in the past and the costs of responding are consequently higher. The government have announced that they will be investing £900 million into HMRC  over the next 4 years to clamp down on people and businesses who underpay their taxes. They have also suggested that they will be increasing Tax Investigations by 3000%, as a main spearhead to their new strategy. 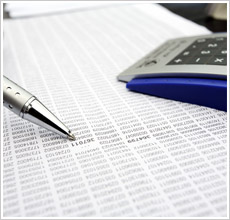 We do have considerable expertise in defending clients under enquiry by HMRC and always ensure Returns are filed in a manner that should limit the possibility of an enquiry by HMRC. However HMRC select thousands of cases a year for random enquiries. If you are selected for a tax enquiry we will naturally aim to settle it quickly and minimise the final tax liabilities. However, answering all of HMRC’s questions takes time and the enquiry could take several months. As a result the costs to defend you can be significant.

To provide peace of mind, we run a Tax Investigation Service. The Service is backed by an insurance policy under which we can claim the costs of defending clients in tax enquiries. HMRC’s statistics show that an additional £12 billion was raised from investigations and compliance activities last year and the government has confirmed that more investigations will be undertaken in the coming tax year. In order to support you we have enhanced our service this year to make sure you are protected against most types of enquiry. 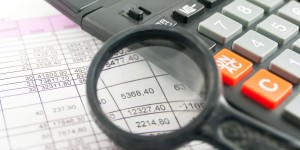 Just recently HMRC have announced that they will investigating  trades people in the Construction and Building sectors, such as roofers, carpenters and bricklayers. The HMRC have been targeting a number of sectors with their ‘Tax Crack Down’ initiatives, such as plumbers, London restaurants & home tutors.  So far HMRC have raised over £500 million through such initiatives. Further campaigns are to target Electricians and persons who trade on e market places such as E Bay. Our enhanced service will also protect you against this new environment and more targeted approach from the HMRC.

Should Business clients subscribe to the service all Directors and Partners will be covered for their personal affairs (as long as Nimbus Accounting are the appointed accountant for the Director or Partner and they have no other business which requires independent cover).

You should have received a recent letter from us about our newly enhanced service and if you don’t currently subscribe we strongly recommend you consider joining this year. For more information contact us on 01273 782742.